The last few days have been pretty rough for me, which is why I have been missing in action. On Friday, my Aunt Lil, who is also my godmother, passed away. She had been ill for quite some time, but was recently been diagnosed with cancer + no one was quite sure how much time she had left. That time was much shorter than any of us had anticipated. 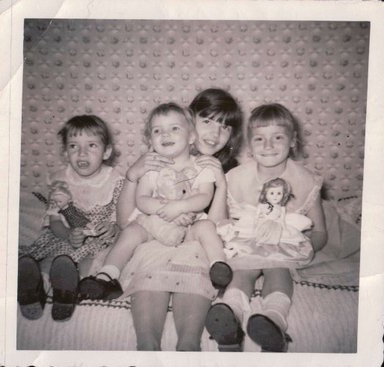 I have a unique bond with all of my aunts, but the one I saw the most was Lil. When we lived in Florida, she would often visit us, staying for weeks at a time. My friends Sean + Tami saw her so much [either when she came to Florida or when they came to visit me after I moved back to New York] that they too called her Aunt Lil. We bonded over shopping, lounged around the pool + acted like fools. We used to laugh so hard that we would cry. I remember one time Lil was talking about how her ass sagged in her bathing suit. Out of nowhere, I started talking like an old Jewish woman who had smoked far too much + I told her to get some blue painter's tape, to tape up her ass. Lil + my mom were hysterically laughing, as I kept the charade up. This was always something we joked about, even as her health had started to decline. She was the Fuckmeister + I was her little Fuckmeister [or Fuckmeister Jr. - whichever she was in the mood to refer to me as].

She wasn't perfect [none of us are], but she always made sure she told me how much she loved me + how proud she was of me. Always. Even when I had decided to take a break from school, she understood that I needed to experience life, but told me that she knew I would go back when I was ready, which I did. She loved her children dearly + always spoke about their accomplishments. Sometimes she drove them up a wall [like any mother does], but she would have given her life in a split second for them, no questions asked.

Her daughter, Debbie, gave a beautiful speech at the cemetery. She wanted to keep it lighthearted, like her mother would have wanted. She spoke about how since she has grown up, she understands her mother more now + sees more of her mom in her. Deb said how her mother wore her heart on her sleeve, didn't take shit from anyone + loved us all immensely. She also mentioned her mother's love for Diet Pepsi, shopping [especially HSN/QVC], + coffee, which helped lighten the mood. Lil would have been so proud of her, as she always has been. She has become such a wonderful young woman + has accomplished so much. My aunt Kathi + my mother also had a few words to say about their sister, which were heartfelt. My cousin Catherine also read a beautiful poem by Linda Ellis, called "The Dash" + my Uncle Marc concluded the ceremony with a prayer. It was so hard dropping that white rose into the ground + taking that shovel full of earth to sprinkle upon her casket. I know she is no longer suffering, + that is what is important. 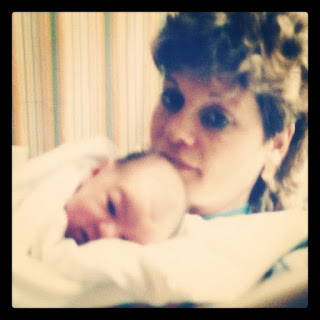 Below is a song that I thought was appropriate + has an interesting backstory as well. Back in 1996, Lil had bought The Smashing Pumpkins tickets for my cousins + I. She had misplaced the tickets, but was convinced someone had stolen them [she suspected the housekeeper, if my memory serves me correctly]. Months later, she eventually found the tickets + remembered that she had indeed placed them in that spot, for safe keeping. Oh, Lil. You will be sorely missed. Thank you for the memories, I will treasure them forever.