For the last three years, Erich + I have attempted to go pumpkin picking, but plans have always fallen through for some reason or another. Weather, work, or sheer laziness. Last year, we had attempted to go the day before Halloween, but there was nothing to be found. We stopped off at some random roadside stand/home + snagged two that were sitting in a pile on their front lawn. It was laughable, but it didn't count for pumpkin picking. I was going to write it off this year, but then I realized that we both free on Columbus Day. This meant an adventure of the pumpkin persuasion! 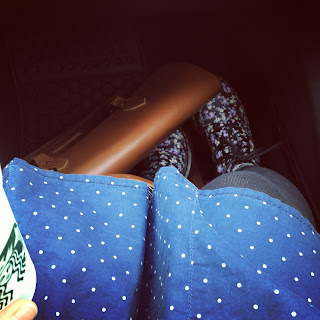 We headed out east in the middle of the afternoon. Going on a holiday was not one of our brightest ideas, but we really didn't have a choice due to our schedules. The first place we attempted to go to was crawling with screaming children + parents too busy stuffing their faces to pay attention to their offspring [a child got hit with a shopping cart by a parent who was too busy browsing the shop to notice her surrounds. He was fine, but I was still floored at how no one was paying attention]. We escaped + went apple picking next. Upon arriving at the apple orchard, the folks that worked there told us, "Most of the apples have fallen from the trees." They also left out that most of the apples on the ground had rotted. After three or four minutes, we turned to each other, laughed + started to walk back to the car. 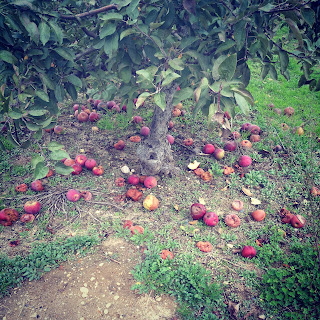 next year, are going apple picking in september.

By this point, the trip was a bust, so we start to head home. I'm not going to lie, I was pretty bummed out, but what can you do? As we turned off of Sound Road + made our way down Edwards Avenue, we noticed a smaller pumpkin patch on the righthand side of the road. A pumpkin patch, with only a few cars in the parking lot. Could it be true? Talk about perfect timing! Not only was this location chock full of pumpkins, they were also much cheaper than the more popular places in the vicinity. 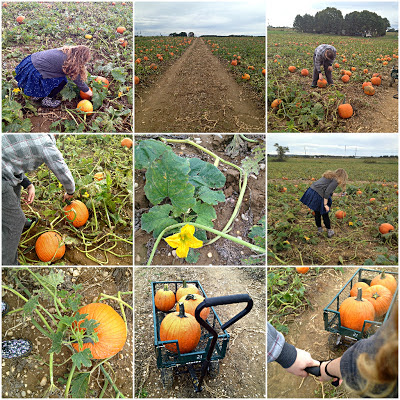 Erich + I chose an assortment of pumpkins, as you can see from my fancy pants collage. Some will be displayed in their natural form + some will be carved. What we will be carving into them is still unknown. I'm super stoked to make roasted pumpkin seeds + pumpkin pie. 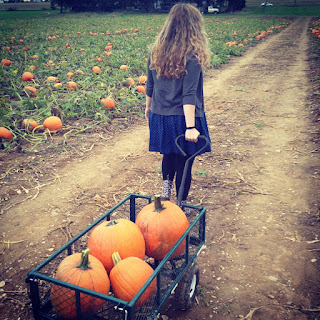 It was really nice to be able to spend the afternoon with Erich. The drive was filled with a killer soundtrack + its rare that we actually have time to do things like this during the school year. I am super lucky that we finally got around to doing this. Three years was worth the wait!
Posted by Unknown at 10:44 PM