This afternoon, Erich and I ventured out to Greenport, which is located on the North Fork of Long Island. It usually takes over an hour to get out there, but since we were stuck behind a construction vehicle on a single lane road, it tacked on an extra thirty minutes on to our drive. We didn't mind, though. The windows were down and the pre-autumn air swirled around us, as we talked and listened to music. Scenery heading out east is spectacular as well. Vineyards, farm stands, windmills and beautiful homes kept our attention as we make the trek out east.

When we got into town, I suggested we snag a late lunch at BBQ Bill's. They have indoor and outdoor seating, and since the weather was absolutely gorgeous today, we opted for the outdoor seating. I have been dying to try a brew from Greenport Harbor Brewing Company, so I ordered their Harbor Pale, which was delicious. The brewery is within walking distance from the restaurant, but we just wanted to lay low and enjoy some time together. We had fun sneaking random pictures of each other and Erich said he would help me take some photos for our adventure, so I could blog about it. I totally forgot to take a picture of my food, but Erich captured his before digging in. He joked that I was missing my obligatory food shot. Honestly, I was too busy talking and enjoying the time with him, that I completely forgot to snap a shot. I chose the pulled pork sandwich with macaroni and cheese, while Erich opted for the pulled chicken sandwich with sweet potato fries. The mac and cheese was bland (one of the few foods I am super picky about), but I added some pulled pork to it, which definitely made it taste better. 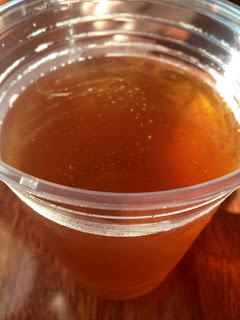 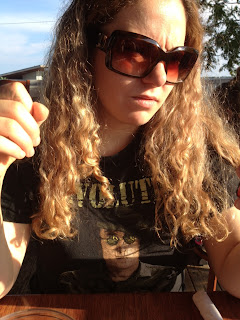 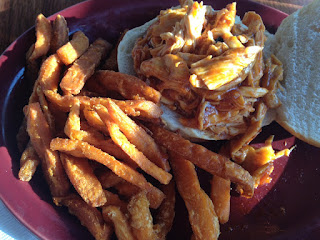 After lunch, we walked around Greenport for a bit longer, then decided to head back home. Our allergies/sinuses started acting up again, plus we needed to make a pit stop at my cousin's house for his fourth birthday. 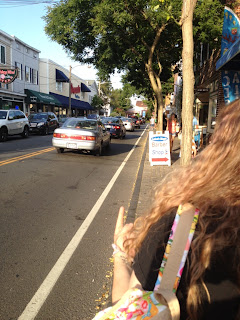 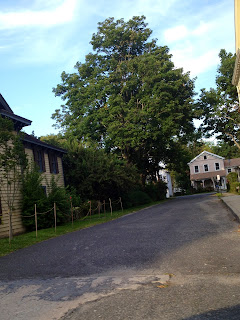 It got darker earlier than usual, so I snapped a couple shots while we drove westward. Next trip, I really want to head to Modern Snack Bar in Aquebogue. I have always been intrigued by the quaint building and the eye-catching sign. I just read reviews, and it seems like a solid dining choice. 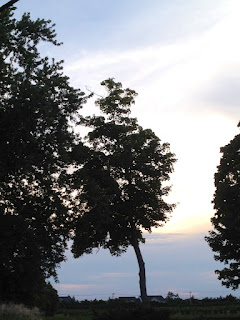 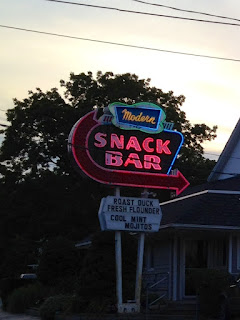 By the time we got to my cousin's house, we had just missed the piñata, and saw the birthday boy in tears! He was upset that the piñata was smashed, so his dad promised to piece it back together, so he could keep it on his dresser. I gave him his card, to try and help ease his worries. The card definitely helped take his mind off the piñata, and soon, we were ready to sing happy birthday. Even though my head was pounding and my eyes were burning (awesome week to get sick, huh?), I was really happy to see my family. One little showed me how she could do cartwheels, another told us that he was going to kindergarten soon, and littlest princess wouldn't let me put her down, covering me in cookie crumbs. The rest of the peanuts ran around, sippy cups or cookies in tow. They are seriously the cutest. Earlier that day, LYSA held a pep rally in memory of Dominic, to retire his football number and to announce they would give out a scholarship for the next three years, until Dom would have graduated. Tonight, I could see the sadness in everyone's eyes at the party. He's been gone three months; its so weird to celebrate milestones without him. Whenever I get sad about Dom being gone, I let the waterworks flow, then think about what Dom would want me to do. If he were here, he would give me a hug (probably a cookie, too), flash that wonderful smile of his, and tell me not to worry, that everything will be okay. He would want me to smile and enjoy life. So that's what I'm doing. 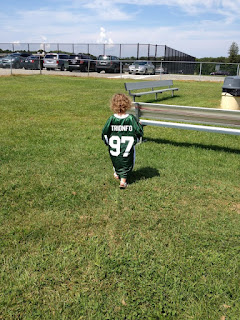