An Afternoon with Eastern Phoebes.

I love when an interview can be unscripted and totally candid. Sometimes in this line of work, its not possible to do so, especially when questions are sent via email. When I'm given the chance to sit down and shoot the shit for awhile, its great. Its even better when the folks you're interviewing aren't total strangers! Last week, I got to meet up with Eastern Phoebes, a band hailing from the South Shore of Long Island. We discussed the band, life without the 'net, the upcoming EP and plans for their next video shoot. 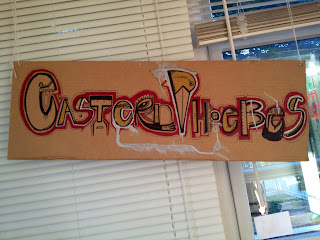 The band is comprised of Ry Smith and Meg Bayley, who also happen to be the most adorable couple I've ever met. When they play live gigs, they are joined by friends Rick Katterman and Gary Norton. I've known Ry for years, but this was the first time I had met Meg, but I felt as if I'd known her for years after I left that afternoon. We conducted the interview at their lakefront cottage, which was fantastic. The beginning of our conversation was essentially Ry and I catching up on our lives as of late - we had met back in 2007, when he was performing with the band, Camera-Head Shark. We have had brief encounters in the last year or so, but we haven't had time to sit and chat in years. I knew that he had a new musical project going on, but I didn't find out about it until a couple months ago. I know, I'm a horrible friend - I should be up on these things. I had listened to Lion Gardiner, which the band released this year, and fell in love with it. There are so many elements and facets to their music. It makes you feel happy, but not in a cheesy sort of way. Do yourself a favor and put on a pair of headphones and just listen. Don't surf the 'net, leave the land of Instagram for the next hour, and lose yourself in the music. Its free (just enter your price as $0.00), although it wouldn't kill you to pay a few bucks for the album. 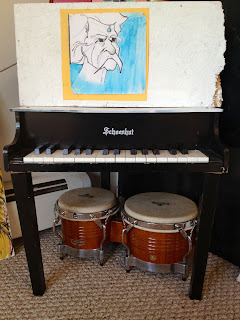 Lion Gardiner is the first full-length album created since the formation of Eastern Phoebes, but the band prefers recording EPs. Working for an LP for months on end is far more tedious than banging out an EP in around a month. In fact, their next EP, Better People, will be out this October. Ry worked on most of this while Meg spent the month in San Francisco, completing her yoga training. I got to hear a few rough cuts, and I am really digging what Ry had been working on while Meg was getting her Ohm on in California. Meg's vocals need to be added in, along with whatever else Ry sees fit, but trust me on this, its gonna be good. We spent a good chunk of the conversation discussing the upcoming video, which will be for "I'm a Wolf," a song which will be on Better People. I can't spare details, but from the ideas Ry and Meg are swirling around, it will definitely be spectacular. 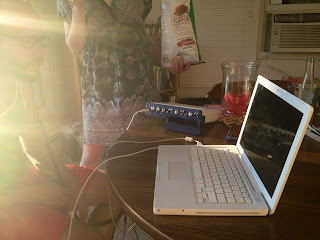 As we sat in their sunroom, entertaining the pup, Penny Lane (yes, the same name as our cat), we discussed life and the lack of interaction we see between folks these days. It seems as if most people we know hide behind some sort of gadget, instead of going out and seeing the world. If most people we know go out to do something, the hot spot is almost always a bar, which is a scene that we really don't frequent much anymore. I'll be the first one to admit that I am totally guilty of zoning out on my computer (and my iPhone), but I do take time each day to spend time connecting with people and creating fun things. We all agreed that game nights are totally underrated and that we need to resurrect them, for the sake of humankind. 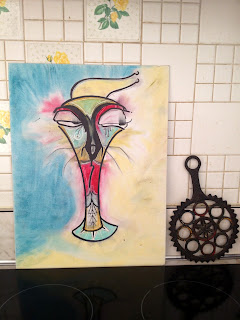 You can find Eastern Phoebes on Facebook, Twitter and make sure to download their tunes [for free] over at Bandcamp. For even more fun links to Meg's yoga journey + Ry's artwork, head over to Eastern Phoebes for the links. 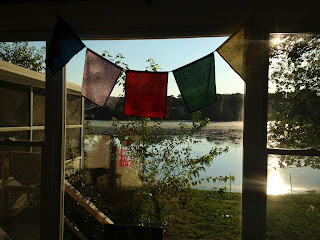