Late Night Ramblings of a Slightly Coherent Being. 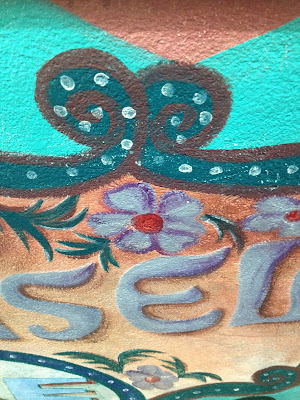 I have been graced with the attention span akin to a child hopped up on refined sugar. So much is swirling through my head, and my focus shifts before I can finish blinking. Finishing this grad school project that's due tomorrow. The paper I don't want to write, but I feel guilty about, because I actually like the professor and enjoy the class content. Summer classes are such bullshit.

My summer playlist on Spotify is seriously lacking - I need to add to it. But what? The songs I keep adding are recycled from prior summers. Am I creature of habit, or have I just lost touch with current music? Lots of new music sucks anyway, so I guess that'll be the excuse I use. Jimmi, one of my old baristas, sends me a plethora of tracks via Spotify. For being such a young creature, he has decent taste in music. He reminds me of myself at that age - anatomy aside. How old is he, anyway? I ask, and he responds with, "20 boom." You have to know Jimmi to understand how that would come out of his mouth. He speaks as he types - hand gestures and all. He was like, seventeen when he started at the latte hut.

Shit, i'm getting old. I'll be thirty in less than five months.

I start an internship on Thursday. I'm nervous for a few reasons. I've never had an internship before. Sure, i've gone through the hell known as student teaching, but this is different. The rest of the interns are pretty young things, who I doubt would get that reference. No offense. Actually, they might, since Ryan Murphy violated it for Glee. Ehhh, they'd probably have to Google it. This is just as bad, if not worse, than the first day of school. I will be up insanely late the night before, nervous as hell, for absolutely no reason. This has been going on since elementary school and it still happens in college. It didn't happen for my summer classes, because I was too preoccupied with what had happened with Dom.

What the hell am I going to wear? I have a closet full of dresses, but I also have two hampers overflowing with dirty clothes. I'll have to settle for something hanging in my closet. First world problems. As long as I pair it with a clean bra and underwear (don't fret, there are plenty to choose from) and a pair of Jeffrey Campbell shoes, i'll be set. Tomorrow night I'll play dress up, and Erich will only half pay attention to me as I ask him what I should wear on my first day. He'll eventually say yes to an outfit, even if he doesn't really look at it. The next day, as i'm getting dressed, he will suggest something else I tried on the night before. This happens all the time. I'll get pissy with him, and say that he should have been paying attention when I had asked him the night before. The likely response (or excuse, call it what you will) I will receive? "Babe, I was raping noobs." Ladies and gentleman, I've lost my boyfriend to fucking StarCraft.

It could be worse.
Posted by Unknown at 2:20 AM