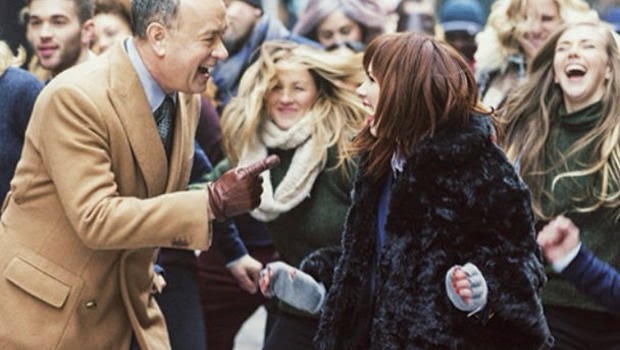 Tom Hanks stars + lip syncs in Carly Rae Jepsen's latest video, "I Really Like You" + its awesome. Hanks is one of my favorite actors + I would love to sit down + have dinner with this dude.

Great South Bay Brewery is releasing Hog Cabin [its a maple bacon porter] today + having  a cornhole tournament to boot. I'm heading over in a bit + it runs late, so come say hi + have a drink or two!

Brand New's Deja Entendu is being repressed on vinyl for Record Store Day 2015.

Garbage's self-titled debut is twenty years old. Are they next to hop on the bandwagon for an anniversary tour?

TruTV is working on their new scripted comedy, "Those Who Can't." Writing staff looks solid + the premise is something I can relate to, so I'm hoping its a hit.

Ben + Jerry are all for gourmet ganja ice cream. This could get interesting.

Need to save money, but still want to have some fun with your partner in crime? Here are 68 dates that are free ninety-nine.

Remember the ABC show "Dinosaurs?" See what the cast is up to, courtesy of Buzzfeed.

A friend texted me about 30 things no on tells you about leaving Long Island - its a clever attempt to get me to stay on the island, but I'm not ruling anything out.

Once upon a time, I made pulled pork with homemade barbecue sauce. It was magical + they all lived happily ever after. The end.

Have you heard about NASA's upcoming Magnetospheric Multiscale Mission?
Posted by Unknown at 3:47 PM