I mentioned on one of the various social networks I utilize that I was taking part in Iron Craft '13 with Sarina. Since the first of the twenty-six challenges was cotton, I realized this one would be easier than I had anticipated. I had a slew of cotton bags lying around, so I brought some to Sarina's craft lair [she has a craft room - so jealous] + we decided to use the freezer paper stencil technique on the bags.

I was trying to figure out what to make + decided to make something seasonal + musical. Ummmm, what? It makes sense, I promise! 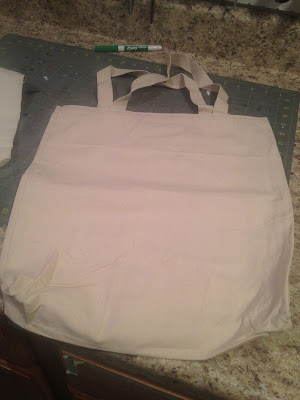 These bags = best craft store find of 2012. They're great for creating gifts for friends + family. 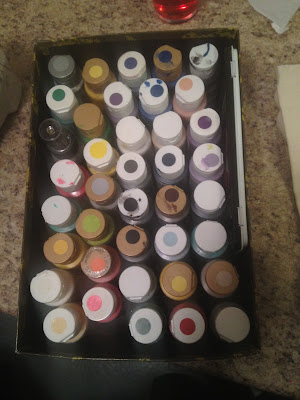 Sarina's assortment of paints. I bought a few to include in the box, as I'm always using her supplies. 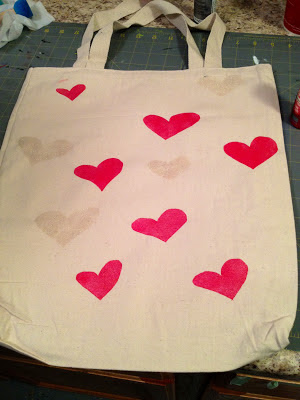 So, I decided since Valentine's Day is soon approaching, I would make something that would be useful + cute! I used metallic red paint + iridescent paint, to keep it cute + simple. This is a natural cotton bag + I wanted to keep it simple, seeing as the other side had a bit more color. 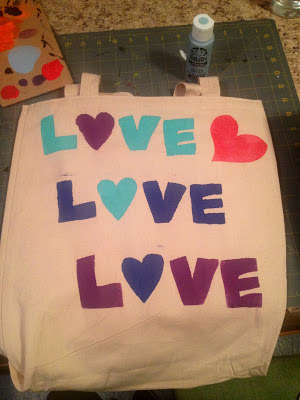 My inner Beatlemaniac decided that using a simple line from "All You Need Is Love" would be perfect. Even those who aren't Beatles fans can enjoy this simple, yet beautiful message. I made the O's into hearts + added an extra one off to the side. I drew all of my stencils for this freehand, including all of the hearts.

The next week, we thought that we had start the next challenge, but realized that challenges are every two weeks. So, we decided to just have fun with the extra bags! I Didn't finish this bag, as I only did one side + still don't know what I'd like to add to it. Next time I'm in the craft lair, I'll figure something out! 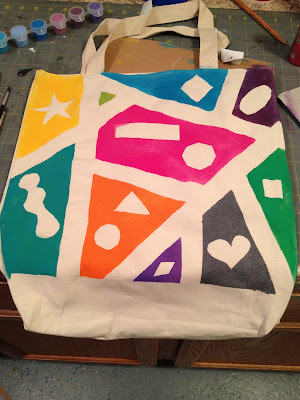 Are any of you participating in Iron Craft? If you are, let me know - I'd love to see your creations!