Last month, I gushed about how stoked I was for JJAMZ to release their debut album, Suicide Pact. The awesome folks over at Dangerbird Records send a digital copy my way, so I could give readers a review of the album before it hit stores. Now, when I listen to an album, I always attempt to enjoy it from start to finish. Most times, I end up skipping songs, or just turning the music off altogether. I loved Suicide Pact so much that I listened to it in its entirety, then gave it another listen as I was skimming the latest issue of Long Island Pulse Magazine (I proofread most of it in the office a few weeks ago, so I read what I hadn't at my internship). 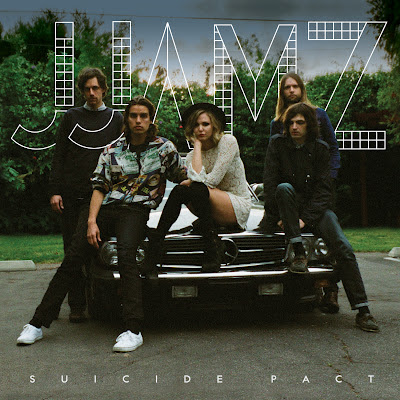 This is the best album I have heard this year, by far. I even like it better than the latest Fiona Apple record (which I thoroughly enjoyed). Yeah, I just went there. If major music publications don't have this album listed in their Best of 2012, I might lose what little faith I have left in humanity.

Suicide Pact clocks in at around forty minutes, and opens up with a rousing entrance of instrumentation, followed by vocals, courtesy of Z Berg on the track "Get What You Want." Within the first minute of the song, you get an idea of what the band has been working on for the last six years - good things come to those who wait. Bandmates Greenwald and Michael Runion accompany Z on many of the tracks, but these gentlemen are no slouches. Runion takes the vocal reins, dancing listeners through "Cleverly Disguised," and Greenwald bares his cords on "LAX." With that said, this album is truly a team effort, and Jason Boesel and James Valentine are essential pieces of this musical equation. Even though this is the bands debut album, they are seasoned musicians, and it shows. The instrumentation, syncopation and harmonization is on point, and seems to be effortless between these long-time friends. 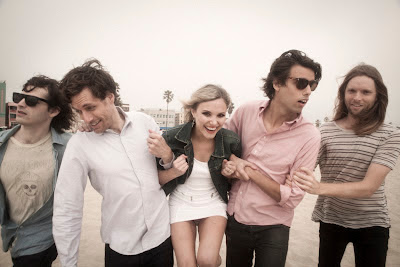 While I love this album in its entirety, here are a few of my favorite tracks:
Suicide Pact - Even with the lyrics "you turned your back on the suicide pact + left me dancing with the dead; all you had to do was simply follow through," you can't help but dance in your seat a bit. Who would have thought a song about death could be so fun?
You Were My Home - I don't know why, but this reminded me of The Cure, especially the guitar on this track. Around the 2:23 mark, Z's voice reminds me of Björk's "Human Behaviour." Maybe I'm just a bit strange, but the build-up just made me think of that song each time I listened to this.
Poolside - Fuck, Z, you killed it on this track. I truly love Z's voice, and I feel this song just shows off her vocal range beautifully. Again, top-notch instrumentation and balance. This is also now one of my favorite songs to sing while driving. How can you not help belt this out from behind the wheel?

Suicide Pact will be available July 10 via  iTunes, Amazon + Dangerbird Records. If you are impatient, you can pre-order the album. If you are in the New York area, JJAMZ will be playing at Webster Hall on the album release day, supporting Neon Trees. Tickets are available at Ticketmaster. Additional tour dates are listed on the JJAMZ site. 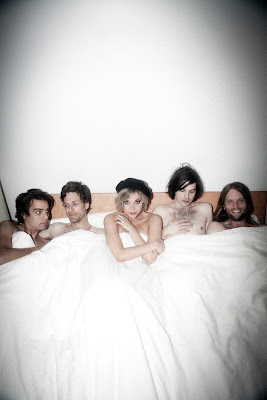