I love cheese. If I could survive on coffee, cheese, crusty bread and cured meats (with the occasional ice cream treat, obviously), and not become the size of a house, that would make my life complete. On Thursday, an extreme cheese monster was created, and there is no turning back for me now. I had plans that evening with my friend, Deidra, and I wanted to pick up a small assortment of goodies to enjoy with wine. Because thats how we roll, of course. Whenever I am driving through West Sayville, I always pass American Cheese, and say to myself that I needed to stop in sometime. Unless I write it on a to-do list or in my planner, its probably not happening. The other day, after having lunch with Erich, I told him I was going there.

So I did. No to-do list required this time. I was a little Midge on a mission. A mission for cheese.

I walked into American Cheese and was greeted by the owner, Erin Nicosia. I told her what I was looking to get, price-wise. After asking me what I did and didn't like (anything but bleu - only on salads, at least for now), she provided me with a few samples, and explained the cheeses to me. I didn't walk in planning to write about my quest for cheese, but it was a great experience, and I was surrounded by so much deliciousness. I knew I had to blog about it - it would be a crime if I didn't! This post is going to be picture-heavy, but you need to see American Cheese it all its glory. 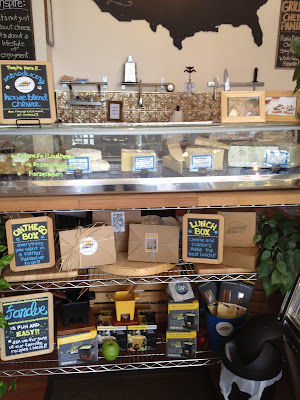 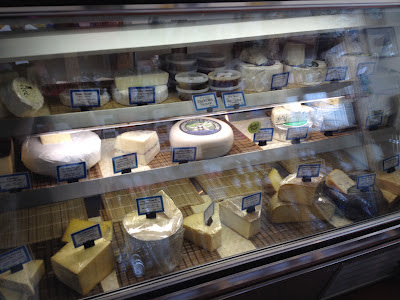 I asked Erin what made her decide to open a cheese shop (I informed her that I was a blogger, so that she wasn't creeped out by a plethora of questions from a random stranger). When she was attending college in Northern California, she had fallen in love with a local cheese shop. Erin made the decision that once she retired, she wanted to open up a cheese shop in her hometown. The dream of cheese happened sooner than she had originally anticipated (we are around the same age), and American Cheese opened two years ago. 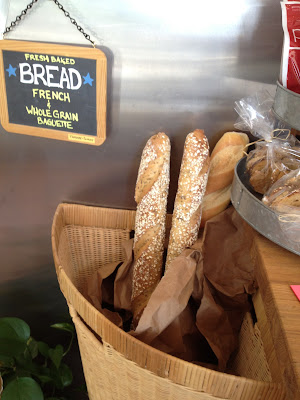 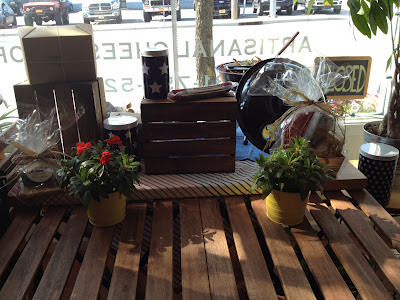 While I was snapping pictures, a woman had come in and asked for a good cheddar cheese. In my head, I was thinking, they're all good if they're in here, and Erin's response was that they were all good, but it depends on what you prefer. A sweeter cheese? Something sharper? American Cheese has a cheese for everyone. Unless you're vegan. Then, my friend, you are out of luck. As the name of the shop informs patrons, all of the cheeses sold here are created in the United States, and are from various locations throughout the country. Erin also stocks local favorites, such as Miss Amy's Preserves. 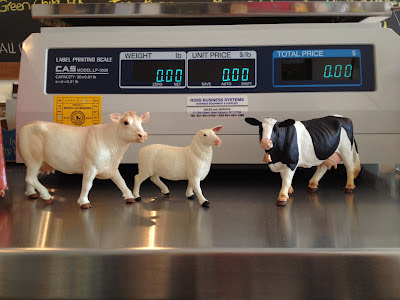 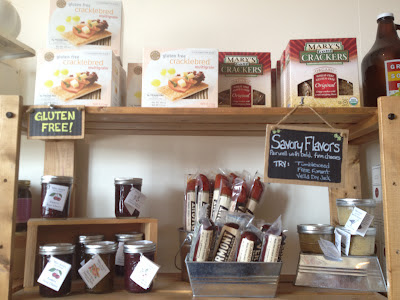 We chatted some more and realized we have a mutual friend in common - Niko Krommydas. I should have known, Niko knows everyone. He actually wrote a few pieces mentioning American Cheese for Long Island Pulse - yes, the same place I intern. Once I chose the rest of my goodies to go with my two boxes of cheese (delicious crostini Erin prepares, Olli Calabrese Spicy Salame, and Partners Olive Oil and Herb Crackers), I was on my way. The boxes Erin created were enough for 2-3 people to share. She also put in a generous amount of dried fruit and almonds to enjoy with the cheese. 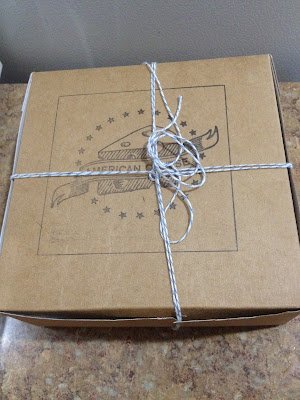 The cheeses below are Midnight Moon aged Gouda, Bella Balsamic Parmesan (soaked in balsamic vinegar, yum), and Flagship Reserve Cheddar. They were absolutely delicious. I even swung by today to snag a couple snack-sized lunch boxes to take to work with me. I already know what I want to try next time I visit - Erin's custom cheese blend, with fig and local honey. 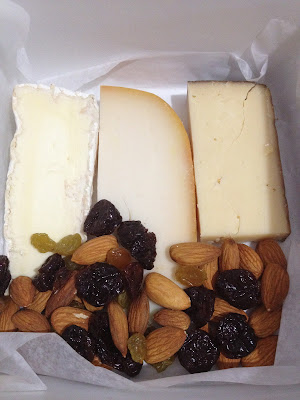 If you are in the Sayville area, or are just passing through, I would definitely take a detour to American Cheese. This is the perfect snack to bring out to the vineyards, or over to one of the many craft breweries on Long Island. While you're surfing the 'net, make sure to check out American Cheese on Facebook and Twitter.
Posted by Unknown at 12:47 AM