Nick Dietz - Make Space
I've known Nick since I was a super dorky sixth grader. He introduced me to Snoop Dogg, The Smashing Pumpkins + countless other musicians in the hallway after lunch. We grew up with an awesome local music scene in Florida + Nick was an integral part of that. He also left our hometown for New York + is doing some fun stuff over at CBS News, but his parody of Taylor Swift's Blank Space is one of his newer projects up on YouTube.

Dr. Martens + Adventure Time
This is a collaboration I can get down with. The canvas babies in the middle are more my style, but I wouldn't be opposed to stomping through puddles with Jake on my feet either. 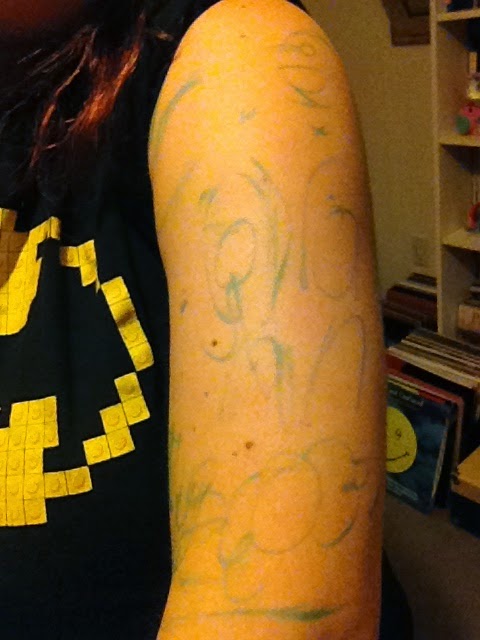 Star Wars Tattoo
I have talked about wanting to do a Star Wars piece on my arm for years, but have been hesitant due to being super picky. I had been tossing ideas around with my pal John Doughty + last night, we finally sat down to discuss what I wanted + didn't want. This sketch really doesn't give any of it away, but that little Death Star up there? Ugh, I can't wait to start this bad boy.


Fifty Shades of Grey
Ugh, I know. I've been opposed to reading this series for years. Recently, a friend convinced me to read the book by taunting me with gorgeous pictures of Jamie Dornan via Pinterest + Instagram. The writing is terrible, but I [hate to admit this] got hooked. I really hope the movie is better than the books, because this trailer is delicious.
Posted by Unknown at 1:40 PM